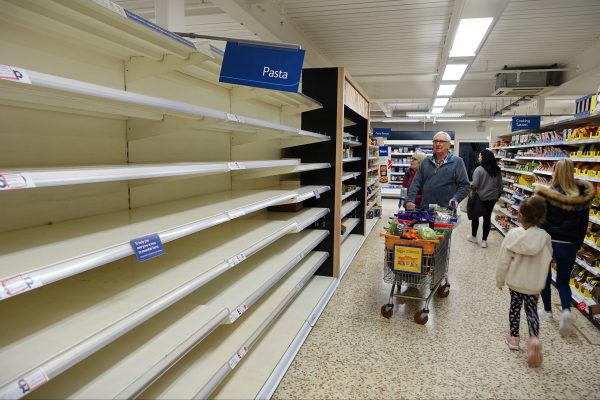 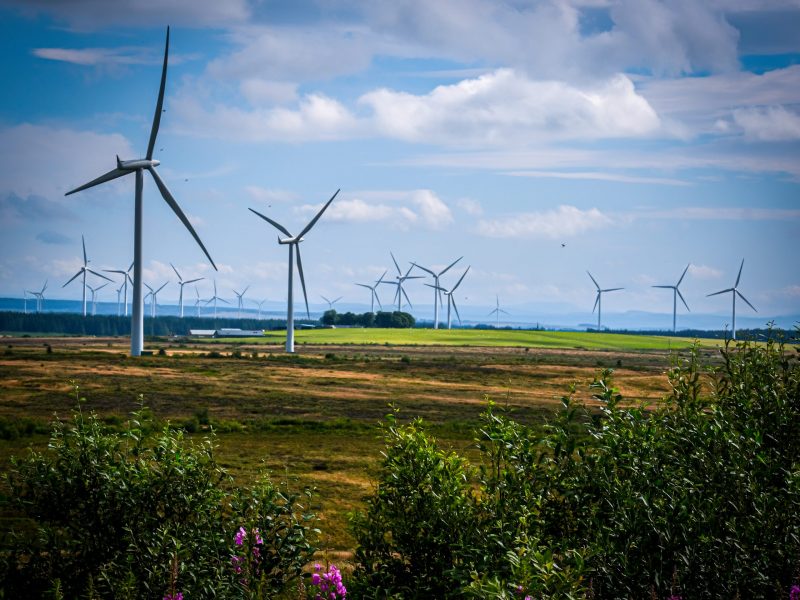 The UK’s wholesale energy markets have reached record highs in recent weeks, The Guardian said. The trouble stems from a global surge in demand for gas following a cold winter that left the UK’s gas storage facilities depleted, and, as reported in The Spectator on September 25, compared with France’s 14 weeks, Germany’s 8 and Italy’s 11 weeks of gas storage, the government’s decision to close the massive Rough storage plant in 2017 left the UK with only four days of gas storage capacity.

In addition, a rebound in post-lockdown energy demand across Asia and a race to refill gas stores before the return of colder temperatures has now caused market prices to surge.

The global gas grab is a major concern because half of the UK’s electricity is generated in gas-fired power plants. There has also been a higher than normal demand for gas power in recent months following a series of nuclear reactor outages and the recent shutdown of a major power cable that brings in electricity from France, only due to re-open in March 2022.

The UK has also had one of its least windy summers since 1961, meaning wind power has been low. Experts fear the situation will become worse as colder temperatures draw in. The market highs will lead to some of the most expensive winter energy bills in the past 10 years, and drive an extra half a million people into fuel poverty.

Energy may cost £40 more a week

The energy regulator, Ofgem, said last month that default energy tariffs would climb by 12.5% on average to take account of the fast-rising energy market prices between February to July. The further rise of the energy markets since then means it is expected to raise energy bills again from April.

“There is no question of the lights going out, of people being unable to heat their homes. There will be no three-day working week, or a throwback to the 1970s,” he said.

The government said the UK has a “diverse and secure” range of suppliers. Norway in particular is increasing its exports from October.

That’s all right then

This tragi-comedy was all so utterly predicatble.

As energy expert Paul Homewood said: “In the UK, for instance, coal and oil generating capacity has dropped [as a direct result of government intervention] from 29 GW to just 6 GW in the last decade. To put this into perspective, UK demand peaks at around 50 GW, so we have lost half of this, leaving our reserves perilously low. The remaining 5 GW of coal power will also be gone in three years time.

On top of that comes the £12 bn a year cost of renewable subsidies, currently added to all of our electricity bills, equivalent to £440 per household.

All this at a time when demand for electricity will soar because of the enforced switch to electric cars and heat pumps. (This will be especially difficult for the government to handle if the report on the front page of the The Sunday Telegraph (26 September) is correct which claims Parliament was “misled” by its Climate Change Committee on the cost of achieving its net zero costs!).

Melanie Phillips feels the irony is rich. Day in, day out we’re lectured and hectored that current rates of carbon dioxide emissions will end Life As We Know It. The world is being told that unless it achieves Net Zero carbon emissions by 2050 it will be finished. The message has been unequivocal; we  must produce far, far less carbon dioxide if we are to save the planet.

But…….. it turns out that CO₂ is essential to the food supply chain. It’s used as a preservative in fresh food packaging and the transport of frozen goods, the manufacture of ice cream as well as for stunning animals prior to slaughter; it’s also used by hospitals and the nuclear power industry.

Around 60 per cent of Britain’s CO₂ is produced from fertiliser by an American conglomerate. But now, surging gas prices have suddenly caused fertiliser plants in the north of England to close, leaving about two weeks’ worth of CO₂ left. As a consequence, the government has had to step in, provide £20m to plug that gap – but only for for three weeks – as well.

Merryn Somerset Webb writing in the FT has this to say: “Either way, the truth is that whether we like it or not our energy transition involves long-term reliance on fossil fuels. That means that we should stop demonising them — evangelising about ESG, following the trend to divest from shares in oil companies and kiboshing new projects with regulation, high financing costs (many banks are pulling back from the sector) and the like. Instead we should focus on making their extraction cleaner and more efficient while we wait for the engineering challenges around a renewables-led future to be solved. If we don’t do this — if we allow ourselves to be beguiled by the idea that solar is so advanced that we no longer need filthy fuels to have ice cream, we will find the future held back by needlessly expensive energy — and almost certainly (be) ice-cream free.

Some reckon that the global population will gladly slash their energy use and pay a “greenium” for the energy they do use. I’d say anyone who believes that has never been on the customer services desk at Ocado, or asked someone in India whether they would like the same average living standard as the average European or, for that matter, received their latest gas bill.”

Matthew Ridley agrees: “The central planning of the 2010s has given us among the most expensive energy on the planet, futile price caps, bankrupt energy suppliers, import dependence, rising worries about the reliability of supply and – because of the fading influence of nuclear power – not much prospect of further falls in emissions.” And ” on energy imports from those famously reliable partners, Russia and Venezuela.”

It seems we are a long way from seeing the end of the disruption in the energy market this year (notwithstanding the warm words of Energy Secretary Kwarteng).

The government believes that they can force the big five energy suppliers to take on the liabilities of those smaller ones that go bust, in this way protecting the customers. But Keith Anderson, CEO of Scottish Power, the fifth biggest energy retailer says, as quoted in the FT (25 September) -“I don’t need these customers.” The maximum companies can charge householders under the regulators price cap is £1,277 from 1 October and that is currently at least £500 below the cost of providing gas and electricity. Anderson again “…you could be talking about £2bn, £3bn, £4bn £5bn uncovered retail energy costs”.

So, understandably, one executive warned there was “a significant risk that some companies (of the big five energy suppliers) might refuse. Then you are in a real crisis”, they said.

Whether you see what we could call a perfect storm if only there had been more wind, an opportunity to increase production to fill supermarket shelves or a disaster waiting to hit your profits, times like these call for fast and accurate assessments of budgets the Forecast 5 way.