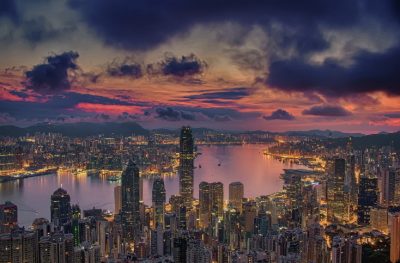 Forecast 5 will help you steer your business through these troubled waters.

How will Boris Johnson’s announcement that 3 million Hong Kong residents will be welcome affect your business? If the economic records of the 50,000 Asians thrown out of Uganda in 1972 are anything to go by, the arrival of some of China’s best and brightest could be just the boost the British economy needs.

They will be fleeing China’s controversial new security law that allows for closed-door trials, wire-tapping of suspects and the potential for suspects to be tried on the Chinese mainland. Crimes include secession – waving a pro-independence flag – subversion, terrorism – which could simply be damaging a bus – and collusion with foreign forces. All result in life imprisonment and the day the law came into force 10 people were arrested for demonstrating. And it applies to foreigners and foreign-owned businesses.

Last year the number of tier-1 visa applications by Chinese rose 32 per cent to 202, according to Growthdeck. Thirty-one came from Hong Kong, the rest from mainland China. A tier-1 or golden visa allows anyone investing £2 million or more to stay in the country for 40 months, with the possibility of an extension, providing they have had the funds for at least two years.

Another indicator that the new arrivals are unlikely to be a drain on social services are the 83 Asians featured on the Sunday Times’ Rich List. And while Chinese students make up about 1.24 per cent of student enrollments in the USA, an article from The Atlantic last year said they contributed $22 billion to the Amrican economy.

The PM’s announcement has already brought the wrath of China down upon us, however. A spokesperson for the Chinese Embassy in the UK said: “We firmly oppose this and reserve the right to take corresponding measures. We urge the British side to view objectively and fairly the national security legislation for Hong Kong, respect China’s position and concerns, refrain from interfering in Hong Kong affairs in any way.”

Depending on whether you are a glass half full or half empty sort of person, you need to map out either a future brightened by the arrival of 3 million reasonably wealthy, qualified, talented, hard-working people who speak English, share many of our values and are strongly family orientated. Or a dismal one, when the huge burden of repaying the COVID 19 debt and the cost of Brexit is exacerbated by China punishing us for supporting our former colony.

A straw in the wind: Australia is also considering offering Hong Kong Chinese asylum. That impulse may well be driven by their belief that these particular immigrants will add huge value to the country and despite China’s sanctions on agricultural imports from Australia having devastated many of that country’s crops.

Click here for a 21-day free trial of Forecast5, the acclaimed financial forecasting program, and see how your analysis of this state of affairs will impact your business.