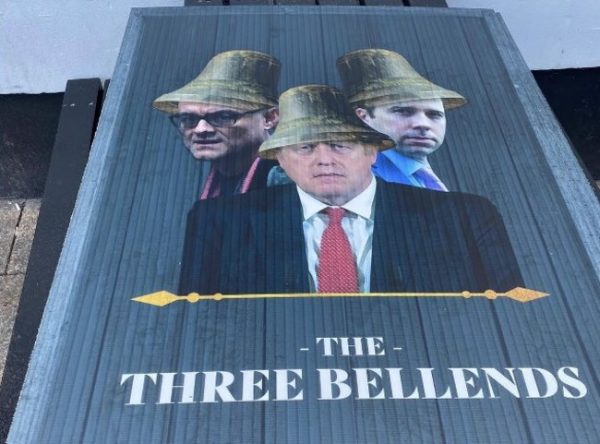 Would ‘a kind of financial crisis, and bond market crisis, and a sterling crisis on top of the whole health crisis’ lead to the government re-nationalizing the Bank of England?

LIVERPOOL, UK – October 2020: The James Atherton Pub in Merseyside is re-named The Three Bellends in protest against the UK Government. 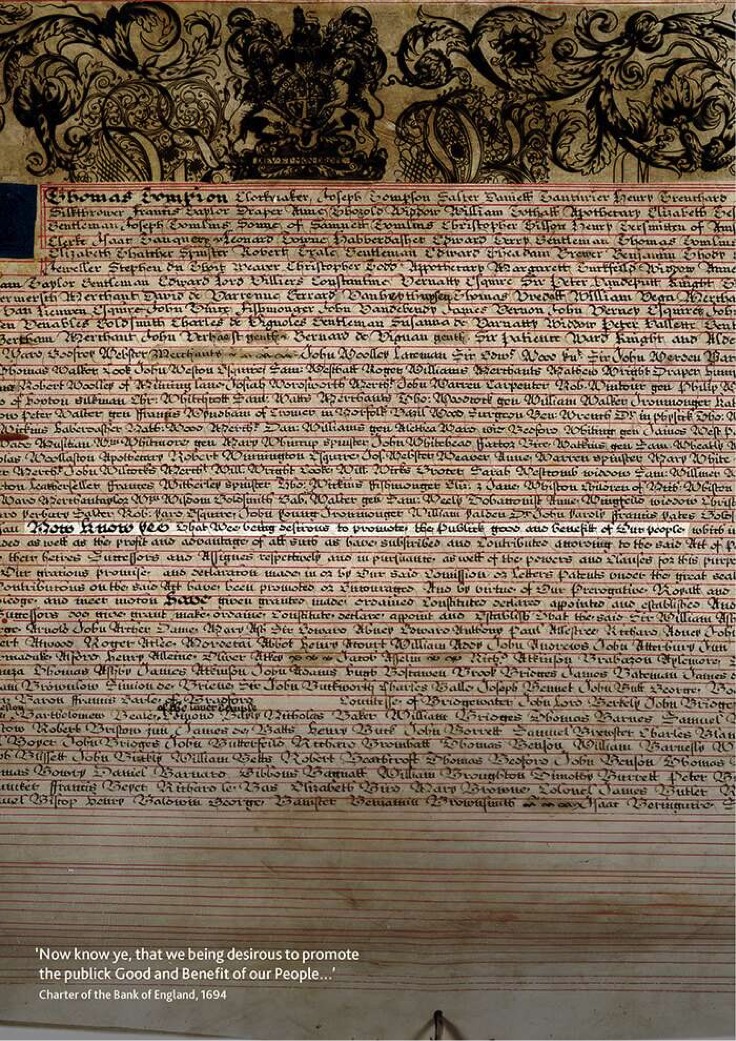 “Now know ye, that we being desirous to promote the public Good and Benefit of our People”. While spelling conventions have changed since 1694, the BoE’s mission is still to ‘”promote the good of the people” by maintaining monetary and financial stability

Keen observers of Dominic Cummings’ seven hours’ excoriating former colleagues and bosses will remember him quoting them as saying: “If we do this lockdown, we’re going to have to borrow huge amounts of money. What if the bond markets suddenly spike and go crazy and refuse to lend [to] us? We’re going to then have to find emergency powers to tell the Bank of England to buy the debt, etc. etc.’

After just 100 days in office, Gordon Brown announced on May 7, 1997 that he was handing control of interest rates to an independent Bank of England, which had been nationalised in 1940 The Guardian said then that from the following month, the Government’s attempt to take the politics out of interest-rate decisions would mean the Bank would have ‘operational control’ of monetary policy.

The ceding of operational control – which can only be rescinded in times of national crisis – was hailed by Tony Blair as ‘the biggest decision in economic policy making since the war’. Sterling, shares and government gilts soared in the wake of the announcement, which was also praised by the Treasury’s panel of ‘wise people’, industrialists and a previous chancellor, Norman Lamont.

Should a health—or climate—crisis encourage the government to renationalize the Bank of England, lender of last resort, it could print unfettered amounts of cash. As it is, the Bank doubled the quantitative easing limit last year and borrowing is expected to exceed £100 million this year.

“It would be bonkers for a Conservative government to take such a step,” an economist said. “A very strange thing for Johnson to have supported. It is far better for monetary policy to be decided by independent persons rather than politicians. If the latter happens, we will see money being printed on a scale never seen before.” He did point out that both the European Bank and the Bank of England are already printing vast amounts of money—so what would be the point of nationalizing one of them?

…and a bad one

If it happened, however, it would definitely damage the economy—and sterling, shares and government gilts would plummet. “Right now, despite furlough schemes and quantitative easing, the British economy is seen as relatively sound. If the government, which favoured independent central banks, made such a retrogressive step, interest rates would soar alongside the inflationary printing of money.”

And if your company was caught in such a double bind, how would you re-tool operations, prepare presentations for banks and potential shareholders and ensure survival?

The answer, of course, is the fast and flexible Forecast 5 budgeting and forecasting software.  Prepare for all eventualities right now by investing in your own copy of Forecast 5, starting with a free 21-day trial.